Site specific installation, Toxteth, Liverpool during the Liverpool Biennial
Little Haiti during Art Basel.
Under cover of darkness, Walter & Zoniel took over a derelict building and filled it with tanks of live jellyfish, creating the illusion that the whole building was full of the alien -like creatures.

During daytime hours the windows were covered in metal shutters, which only opened as dusk fell, to reveal the surrealist installation. Playing with the notions of inspiration and social wealth.

Revealed in absolute secrecy, with no press or pr being released about the work. The first public experience of the installation was as dusk fell, when the shutters automatically lifted to reveal the surrealism living within. Allowing the artwork to naturally effect the neighbourhood.​ 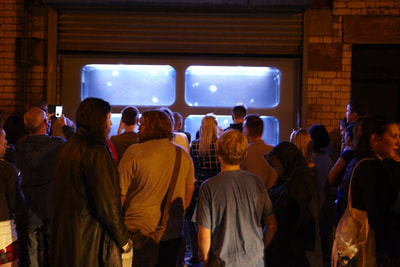 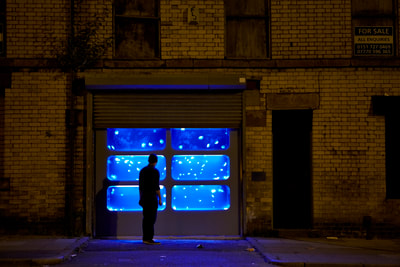 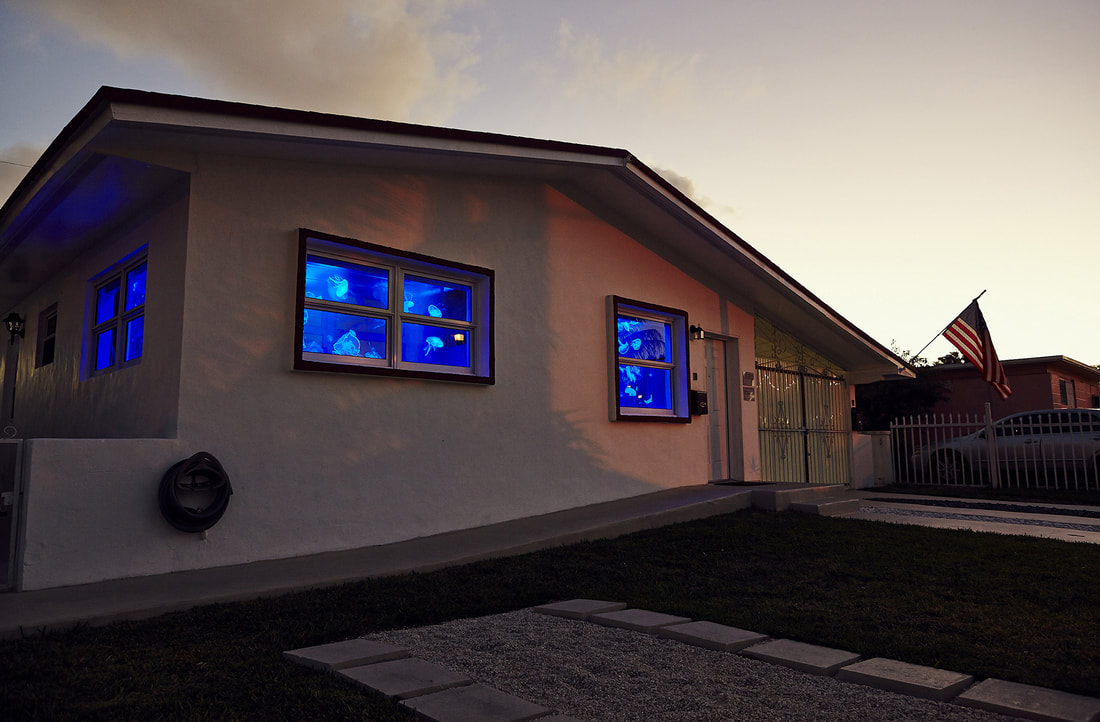 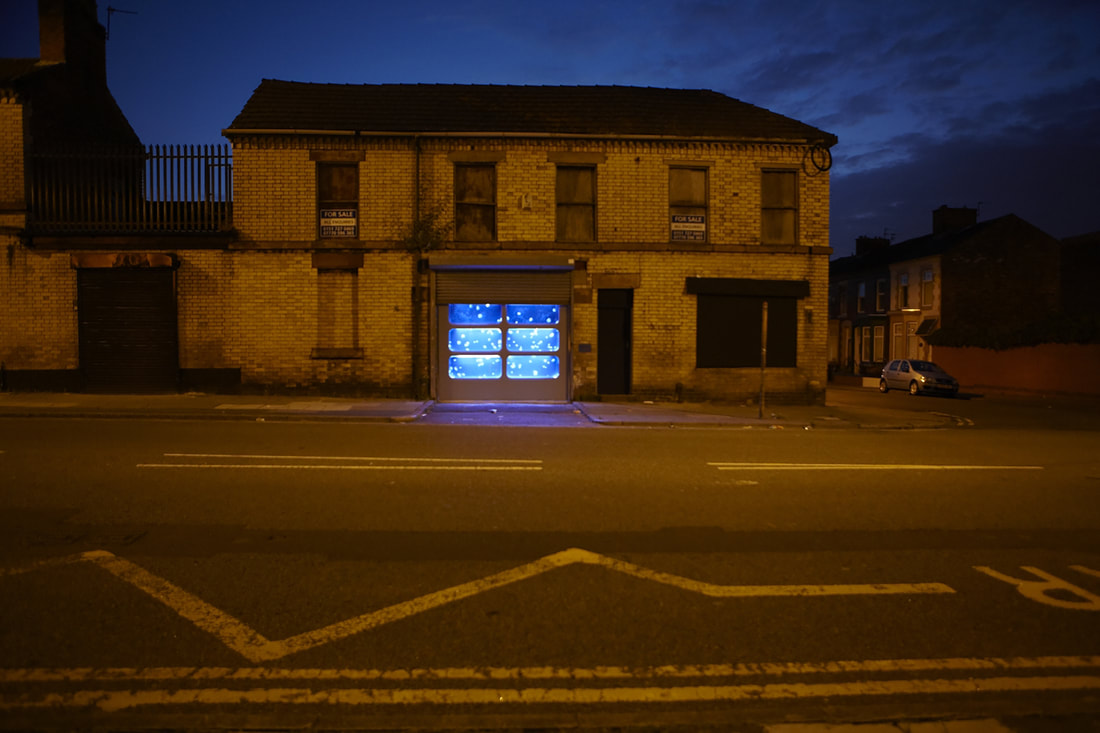